What Everybody Needs to Know About Wearable Tech

You've probably heard the words "wearable technology" in recent years, and while a lot of this sort of gear is certainly futuristic, it's actually got quite  along history. So, let's learn about it. But, first...

What is wearable technology?

Wearables, as the hip millennials and Gen Zs would say, are types of devices that can be worn directly or embedded in a piece of clothing.

Sometimes, it can even be implanted inside the body!

Devices like smartwatches, Google eyeglasses, and VR headsets are meant to be really smart and hands-free to help the users achieve certain tasks or goals in the fields of fitness, work, health, or sometimes, entertainment.

Wearables are powered microprocessors and smart microsensors and can send data via Bluetooth, Wi-Fi, and mobile data connections like 4G or 5G.

And with the fast-paced advancements of these technologies, wearables aren’t really going anywhere. We’ll see more high-end and smarter models getting released every year.

Honestly, it’s only a matter of time now before we see Iron Man’s incredibly cool superhero tech come to life.

So if you haven’t jumped on the bandwagon, now might be the best time to invest in wearables.

But before you check out anything from ourwearables collection, let’s teleport back in time and see how far our wearable technology has come.

The concept of wearable tech is not new. One could argue that wearables have already been invented decades even before Google, Apple, or Facebook were introduced to the world.

Take a regular wristwatch, for example. They are the first-ever “wearable” clocks that allowed humans to know the real time without looking at a wall or bothering someone.

Hearing aids are another great example. They were a big hit in the 80s and were considered the first device that created “bionic humans.”

Our technology has already evolved so fast and so great that what people once considered cool and ground-breaking is now nothing but pieces of ancient history today.

However, it’s also important that we take a step back and appreciate the vintage tech that made our Marvel-like tech possible. Let’s look back at some of those “ancient” wearable techs:

As you would expect, the first-ever wearable computer does not look like something a Gen Z would be enticed to wear, or even touch.

It’s a device roughly the size of a pack of cigarettes with 12 transistors for computations. Some wires are also meant to run down your pants, leading to the switches in the toes of both of your shoes.

Sounds like something you wouldn’t wear, right? Well, wait until you hear what this bad boy can do.

It’s a computing device that’s meant to beat the game of roulette in casinos in Las Vegas. And according to its creators, Edward Thorp and Claude Shannon, it has beaten casino dealers many times with a 44% edge over the roulette.

Today, this wearable tech is displayed in a museum in MIT where both mathematicians worked during that time - whcih you can see below.

Back To The Future calculator wristwatch

If you’ve seen pictures of your parents wearing one of these back in the day, they’re definitely one of the geeks.

How can we tell? Well, this chunky calculator wristwatch was made famous by none other than the geek icon Marty McFly in the Back To The Future movies, that’s all.

Kidding aside, it’s a fully functional calculator that can perform the four basic math operations, complete with small function keys.

It was first made by Pulsar in 1975 then other watchmakers like Casio and Seiko followed suit.

Many years later, wristwatches will become even smarter and more functional, performing tasks like monitoring your health, communicating with other people, and more.

Decades before the scary good smart glasses by Google and Ray-Ban, a bulky version of it had already been invented in the 90s.

What it does is that it captures and transmits images from a head-mounted analog camera to a base station.

The base station will then process the images and display them on a webpage in real-time. Since we’re talking about the 90s here, “real time” could mean a couple of minutes.

Despite its bulky and clunky appearance, there’s no doubt that this device ushered us into the era of virtual and augmented reality.

It certainly opened the doors for other incredibly amazing wearables that we know and love today. Check some of them below. 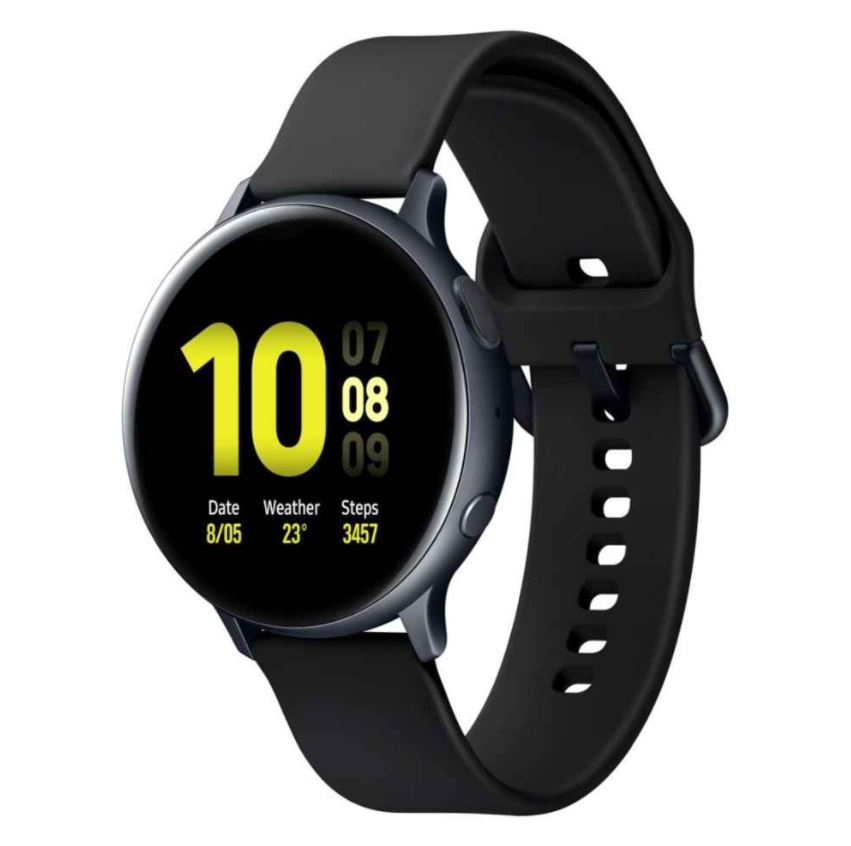 7 Kinds of Wearables Everyone Must Have

Wearable tech in our generation can be classified into seven different types. And with the fast-paced advancements in technology in general, this number could grow in no time.

But for now, let’s focus on what’s already out there. First up!

Smartwatches are the Swiss-army knife of wearables, as they can do a lot of things and are intended for daily use.

No matter what brand your smartwatch is, there’s a great chance they come with these amazing features because these are pretty standard:

Notifications – great smartwatches like theSamsung Galaxy Watch Active 2 can mirror your phone’s notifications so that when you’re out for a jog, you don’t have to always bring out your phone if you’re waiting for an important email or text.

Some smartwatches, on the other hand, can only give you notifications from the apps that they provide.

Apps – your smartwatch is only as good as the apps that it can provide. Depending on the capacity of the smartwatch, the apps installed in the device may vary.

Sport watches, for example, focus on apps that help the users achieve certain fitness and sports goals. But more on this later.

GPS – location tracking is a no-brainer for smartwatches. It helps you with location-specific alerts and fitness tracking as well.

Great battery life – smartwatches normally have 18 hours' worth of battery charge, which should be enough to get you through the day.

If you’re going to buy one, make sure to consider the battery capacity as smartwatches are only as good as their battery life.

These wearables cater to those who are actively engaged in sports like running, cycling, swimming, and others.

Some of the best features that these wearables can offer are accurate, GPS tracking, heart-rate tracking, speed, data, and other insights that are specific to a sport.

Other must-have features are waterproof and shockproof abilities.

Check out theHuawei Watch GT 2 Sport, and it might just be the sports watch you’re looking for.

Fitness trackers like theSamsung Gear Fit 2 Pro are not as advanced as sports watches but they certainly live up to the name.

They can track essential data like heart rate, steps, burned calories and other insights that will help you monitor your health and fitness level.

Fitness trackers are normally less expensive than the first two wearables we listed. They also have longer battery life compared to the more advanced devices.

In case you’ve been living under the rock, VR headsets are head-worn devices that completely cover your eyes so you can experience an immersive and three-dimensional virtual experience.

VR headsets normally come with high-end headsets and other motion sensors for the complete experience.

Virtual reality has already come a long way since Jaron Lanier and Thomas Zimmerman created the first VR goggles in 1985.

While there are Virtual Reality systems that we’re developed long before the mid-80s, Lanier’s VR goggles and gloves were the closest predecessors of the VR wearable tech that we know today.

Then in 2010, the prototype Oculus Rift was created. Then in 2014, Facebook bought the Oculus company, and it has been dominating the space ever since.

Other tech companies like Google, Sony, Samsung, and more, followed suit and also made their own VR headsets.

The difference between virtual reality and augmented reality is the device that is required for you to immerse in the experience.

VR headsets allow you to experience a completely virtual setting while augmented reality devices use a real-world setting.

AR smart glasses are meant to enhance anything that is in your line of sight by projecting virtual elements and information.

While augmented reality is still an up-and-coming technology, it’s only a matter of time before it reaches a wider audience.

Apple AirPods are probably one of the most popular wearable techs in the market right now. They are true wireless earphones that offer smart assistance and other amazing features to users.

Hearables like the Airpods have multiple purposes, from communication to fitness tracking and health monitoring.

Voice assistants like Siri, Alexa, or Google Assistant that are integrated with the device also make hearables a more advanced device than regular in-ear headphones.

Unlike hearables, traditional earphones often can only be used for listening to music or taking and making calls.

If you haven’t tried out any of the wearable tech devices that we listed above, don’t worry! It’s not too late.

You can still buy yourself these amazing gadgets and make your life easier and more fun!

Here at Auditech, you can shop for wearable tech like hearables, smartwatches, and fitness trackers. And while you’re at it, you can also shop around and see what else piques your interest.

We’ll deliver your hi-tech goods wherever you are in Australia. And for orders above $100, the shipping fee is already taken care of!